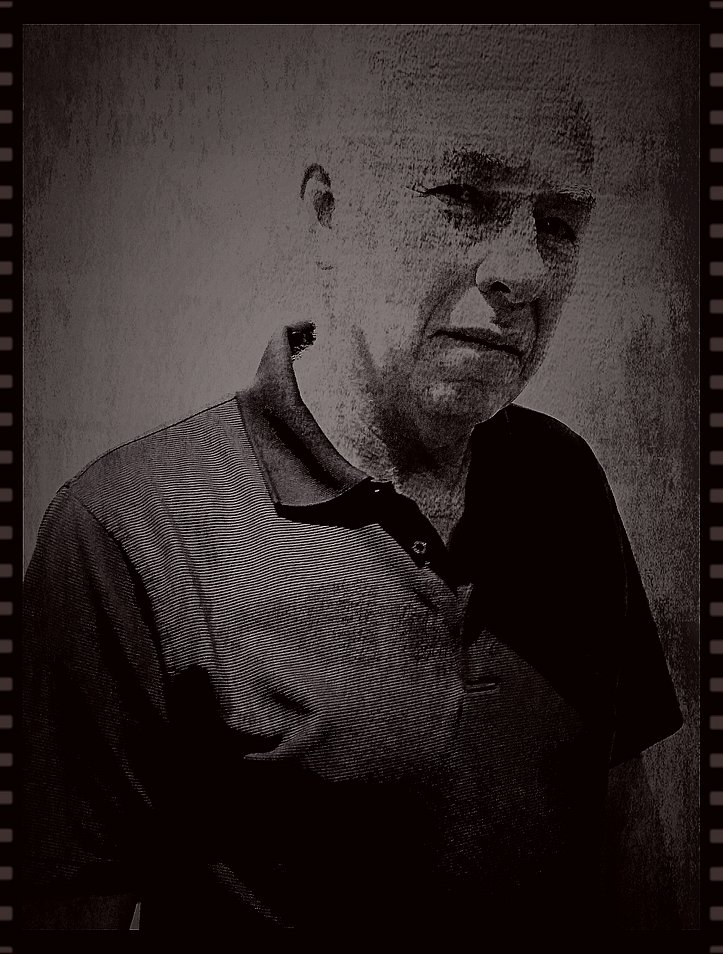 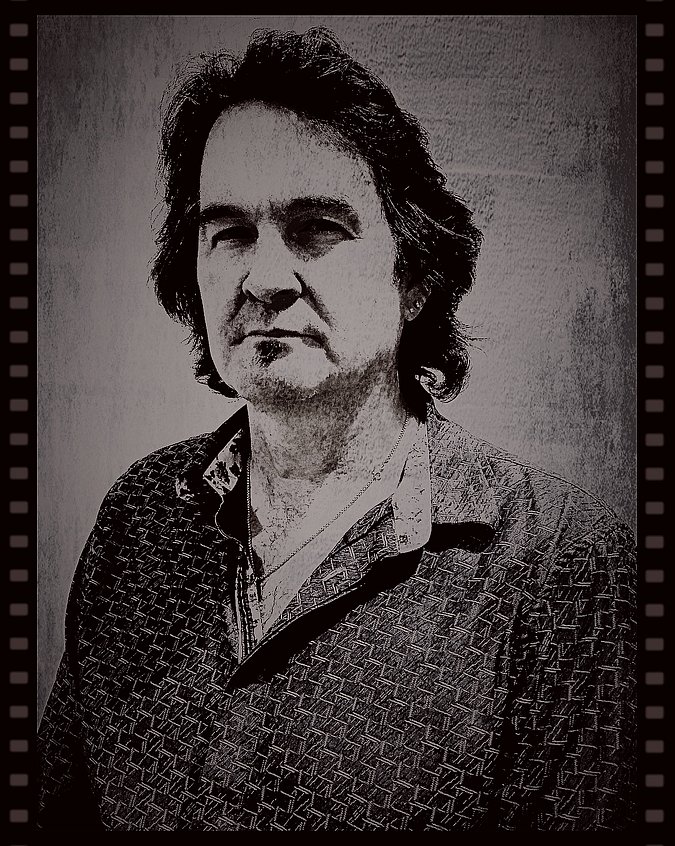 members of thebluevoodoo have included

Playing professionally since 1977, Ted James Tosoff has cut out a nice piece of music history with stories to boot. Stemming from the early days, to main circuit, to recording school, to albums, producing, session work, live sound and collaborations, his music road is more like a highway with multi lanes rather than a single lane.

Starting out playing drums and moving into vocals, Ted found himself in the Vancouver club scene playing in many of the bands in the music circuit. In 1984 becoming involved in the original music scene, some success had found Ted with two bands, Queensbury Row and Zombo X. Adding to this in the more recent 2017, music from those catalogues of the two bands, a few tracks (songs) where placed and used in a movie called Luk Luk showcased in the T.I.F.F., (Toronto International Film Festival).

In 1985 graduating from Columbia Academy of Recording Arts with a recording engineer certificate, Ted has crafted a career as a recording engineer and applies it to a variety of projects outside of TheBlueVoodoo along with being a producer of others music and their works.

After time injected in several top 40 bands moving through the 90’s, all the while still writing and recording his own music and being a multi-instrumentalist, Ted decided to focus on guitar, vocals and song-writing. It was not long before TheBlueVoodoo was born in 2000 after Ted Tosoff met Rick Dalgarno.

As a young boy John McCreath was surrounded at home with music with McCreath’s Mom playing piano and brother playing guitar. McCreath’s Dad had a love for Jazz music and shared that with John by taking him to see Gene Krupa and later Buddy Rich with both artists leaving a big influence on McCreath.

Drummer Mike Soloski (Bruce Cockburn, Alannah Myles) was teaching in the local music store and McCreath’s parents  managed to get McCreath in for lessons with Mike Soloski and from there things just took off for McCreath. McCreath played in

the Toronto circuit for many years. Some of the notables McCreath has played with are Stephen Ambrose Band (The Lincolns), Nathanial Peterson (Savoy Brown, Rick Derringer), Joe Mavety (Mary Anne Faithful, Stanley Clarke) and James Gray (Blue Rodeo). McCreath moved to Calgary in 1982, then back to Toronto, until settling in Vancouver in 1993.

McCreath’s run thus far in the music world has lots of road work, numerous recording sessions for T.V., Radio and musical album works. Having the opportunity to work with some great engineers was a plus, like Pat Glover (BTO, Paul Rodgers, Headpins), Wayne Lorenz (Boys Brigade, Daniel Lanois), Rob Bailey (Alice Cooper, Coverdale - Page, Queensryche). McCreath stepped out into another realm of music when he was hired to be in a music video with international recording artist Jazzy B. No signs of slowing down for McCreath, when he is not performing with "TheBlueVoodoo" (blues band), he is filling that music gap and keeping the drum seat warm by performing with guitarist Jimmy D Lane (son of the late great Jimmy Rogers), Blues Hall of Fame great Kal David (from John Mayall & the Bluesbreakers) or Lauri Bono (Etta James , Bette Midler).

more about thebluevoodoo and its blues members

It’s been 20 years, Sergeant Pepper didn’t teach this band to play “although his influence is there and he may have shared that secret chord at the beginning of Hard Day’s Night” says Rick Dalgarno, “It is in fact the time Ted and I met”.

Before we formed Blue Voodoo Rick was involved in original riff rock bands such as Claysun and fat rabbit. Needing a change from the Marshall stacks and huge volume rock, Dalgarno decided to do his own thing. Ted suggested Dalgarno do some recording at his home studio and a brilliant friendship as well as song writing team was born.

“We have performed as Bo Diddly’s band, played at Joni Mitchell‘s 60th birthday party and have opened and closed performances at the Yale for the likes of Pinetop Perkins, Leon Russell, Walter Trout and to many more to list” say Dalgarno.

“We’ve done our share of festivals with headliners like Nick Gilder, Colin James, Honeymoon Suite and again to much to go on about. That’s not really the point. The point is that the two of us as an entity or thebluevoodoo or whatever we are, do what we do, the way we want to do it and always have. Between the both of us we love making music”. Says Rick Dalgarno in closing.

the current line up for thebluevoodoo:

TheBlueVoodoo has had a great set of musicians become part of its live performances and or its discography. Members have included,

more about thebluevoodoo and discography

TheBlueVoodoo released two CDs “Ride” and “Sparkle and Shine” with Rick Dalgarno, Ted Tosoff, Chris Weekes as the lineup and garnered and nomination for best new blues group for the T.B.S. Maple Blues 2003 awards. In 2005, “Sparkle and Shine” had a W.C.M.A. Nomination for best blues cd. In 2006 TheBlueVoodoo carried out a successful six week tour of Europe with Chris Weekes departing from the group shortly after.

In early 2006, Gerry Berg, who had been playing bass with the group since 2005 and the addition of drummer Kelly Stodola, the “Back to the Shack” album came to life and was nominated for best blues Cd in the 2007 W.C.M.A.

2011 brought the release of “Outside Looking In” with new member Mike Michalkow hired for the drum seat duty. This line up continued up until 2014.

TheBlueVoodoo music can be found in,

TheBlueVoodoo have shared stages and played with,

Festivals TheBlueVoodoo have participated in include